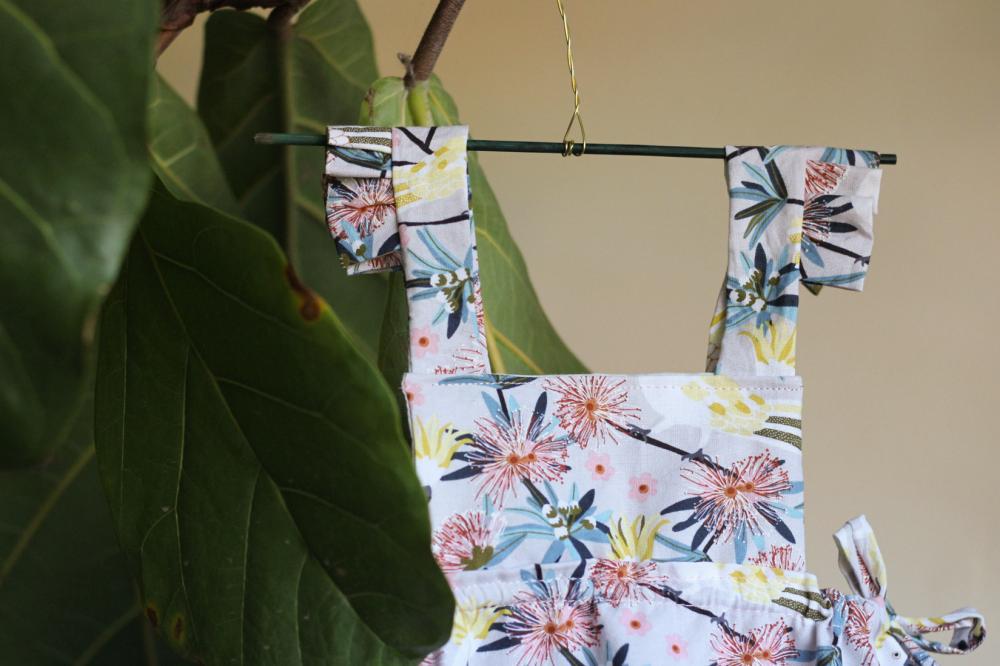 For some reason that I can only assume is Covid related, the packages from London to Berlin took only a week less than the package sent to Santiago, Chile. Which I guess means there was a bottleneck on the London side. But they arrived, so now I get to put up some pictures.

Anyway, one of the saddest things about leaving Berlin, for me, is that several of my friends had little ones within a few months of my departure.

I like babies, and I like playing with them. But more than that, I like the idea of being an aunty who gets to experience the development of her friend’s kids. While modern technology lets me pretty much stay in contact with my most beloved adults, its harder to keep the relationship growing with tiny tots who are constantly developing (but still can’t use Zoom). Back in Perth, two of my cousins have young kids, and I similarly miss the times I could have had with them.

Anyway, back when I was still in Berlin, I started getting back into sewing, and decided to try sewing something for one of the kids.

These pants are made for J., using a pattern and fabric I bought at the same crafts fair that’s responsible for my dragon costume.

Apologies for the photo quality- these were taken in later autumn in Germany using my phone. There are some elements of this pattern that I’m not entirely sure of. The need for a fake ‘fly’ in the crotch has me confused, and makes the sewing lightly more complex than necessary (although it’s still an easy make). After some consultation with J’s papa (J is apparently the ‘test baby’), we’ve established that the setup also requires:

Otherwise, I do like the length of the legs, which- with the cuff- mean that theres the potential for the pants to ‘grow with the child’. Overall, I think the fox pattern is pretty cute, and I’m not mad at these pants.

I also made a little matching hat for Baby J., only to find that I’d fairly severely underestimated the size of his head- it fit momentarily, but wasn’t really an enjoyable experience for the bub. While we’re on the subjects of hats that don’t quite fit, I also made a prototype sunhat for little J (now firmly at the toddling stage), with another made for Baby F.

J’s hat will get passed on to little baby boy E., who I anyway wanted to sew for in the next week or two (once I realised that the first round of packages actually did make it to Berlin), and J will get a new hat of ‘equal or finer quality’ as demanded by his Papa,.

J and F’s hats (now E and F’s hats), are nearly identical, and designed for trendiest of babies.

Because I have a bizarre obsession with making objects that can be worn multiple ways, I made the hats reversible. Outside is foxes: Inside is birds- in this case some proud Australian black cockatoos on a banksia background. The material is Jocelyn Proust, sent to me from Australia by the other Jocelyn (thanks mum!). Ok, last up on the baby theme is this little pinafore, made for my friend’s baby girl E. My beloved friend has been telling us for years that she would have a little girl, predicting E’s arrival in our since.. well probably as long as I’ve known her.

I have to admit, I was a little concerned- it’s not like we can really predict the gender of our offspring. But my friend seemed very convinced, and sure enough, she gave birth the the most amazing baby girl just a couple of months ago.

Once again, this is made with Jocelyn Proust material, featuring Aussie birds (white cockatoos) and flowers. I freestyled the pinafore, adding a ruff on the sleeve (because I need all of my sleeves to have ruffles on them), and making a basic rectangular top and tube bottom.

I think in the future I probably need to invest in some baby clothing patterns, but here I took the easy way out, and designed the something to be worn over a jumpsuit, instead of being too particular with fit. I wasn’t sure how big baby E was, or how long it would take for the dress to arrive, and wanted to be a bit flexible. The side has ties, with the idea that it should be adjustable depending on baby E’s growth. Finally, this is one of the few things that I’ve actually lined (I’m a lazy sewer), which I did mostly because the fabric is a little thick and I thought maybe it would be better with a softer inner material to cover the seams. Those of you who know me might recognise the photo to the right of this shot, which is of me and baby E’s mama lying in the autumn leaves. Perched on the frame is also a little crocheted cat, which was made by E’s mama for me when she left Germany.

Anyway, I’m really excited to cary on with the sewing adventures (especially for little boy E!), and have some other special Aussie fabrics that will see their way to a baby near (or actually far from) me soon!