I was a bit lazy with the photo-taking on my last day in Copenhagen. 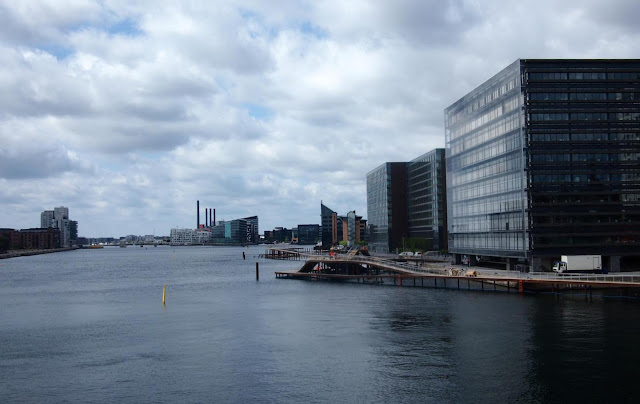 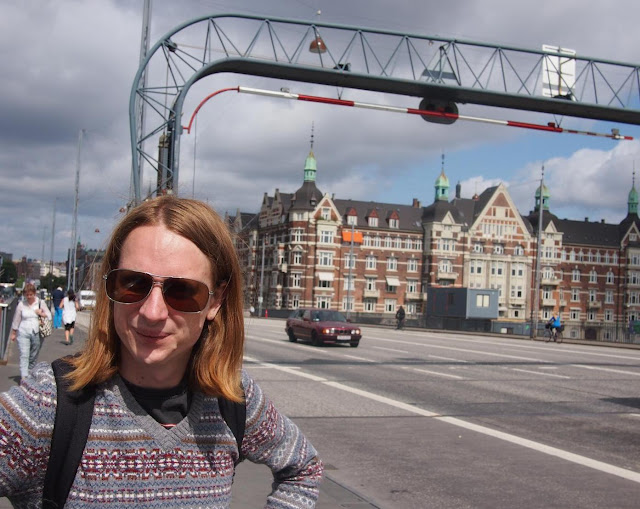 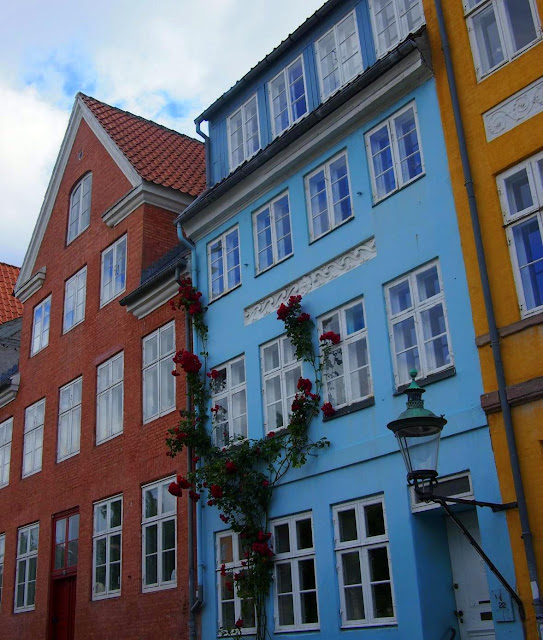 This rather stunning spiral building is Vor Freslers Kirke/Our Saviour’s Church. We heard about it a bit on the walking tour, when our guide mentioned that generally, towers like this were designed to have a left handed spiral. 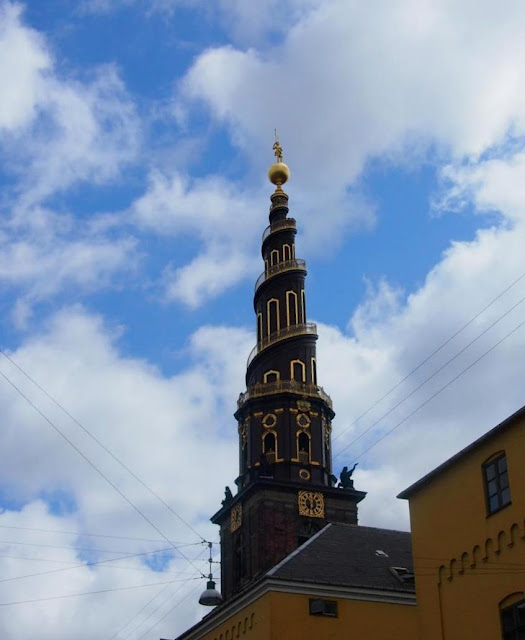 This purpose of the ‘chirality’ being to give a right handed castle-dweller an advantage in defence of his home, against other right handed, sword-holding attackers, who might be trying to come up the spiral.

Easier to hack at steel and flesh when you’ve got a bit of air for the swinging.

The story, as told by our guide, is that the architect built it wrong, and then, as some sort of self-imposed punishment, threw himself from the top.

It gets outright ridiculous-sounding if you actually make your way to the top of the 90m building: the whole spiral just kind of… peeters out.

No doors leading inside, no ledge, no flag post.

No nice little icecream prize for being a good girl and climbing all the way up.

The stairs wrapping around the building just wrap tighter and disappear. 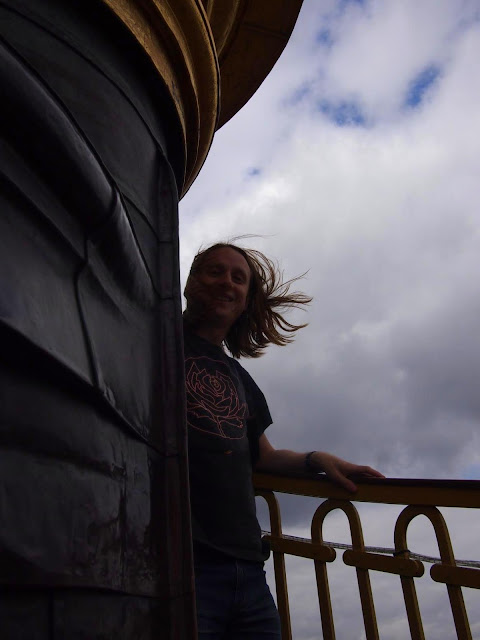 So what do you think?
a) truth
b) lie
c) I’ve watched too much QI and I’m afraid that either answer is going to make the alarm go off. 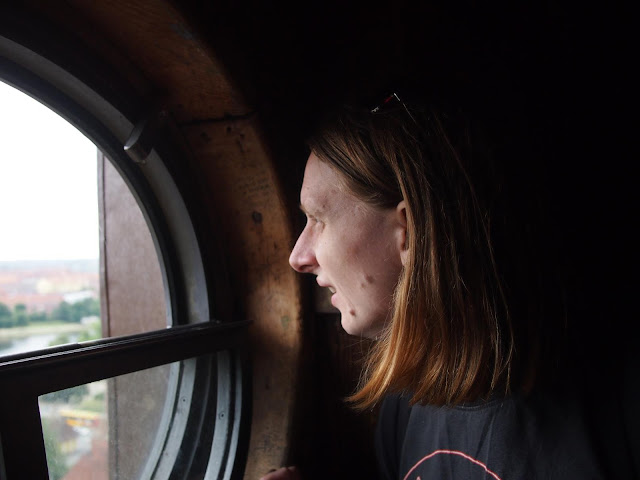 The internet tells me: lie.

The architect died in his bed seven years later. Although the writer of that article also suggested that right-handed twisting is good so that the ‘left hand rests on the railing’ while you do your hacking.
Huh.

Despite having forgotten our swords in the armory, the three Wiszniewskis and I took the many stairs, through pokey stairways that often seemed closer to tree house ladders than deliberate and permanent architectural features, to the very top of the tower.

The view was terrific, making Church-Climbing a Compulsory Challenge for Copenhagen! 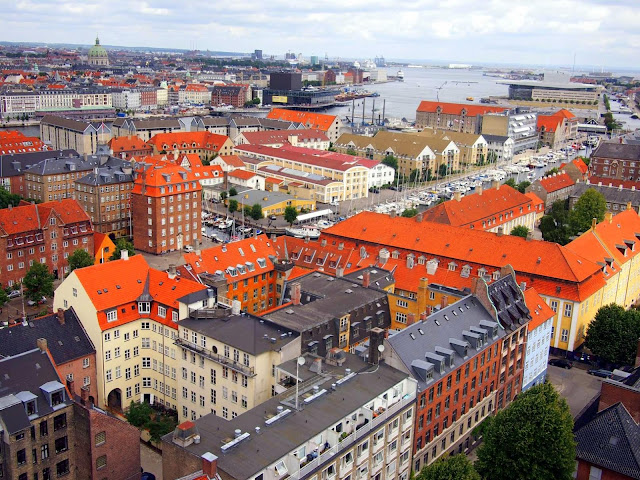 But it was also terrifically terrifying. It was windy, and after Andy mentioned it I kept on imagining that the building was swaying. Plus there were waaaay too many people trying to shove past, and the golden railing felt very, very low. 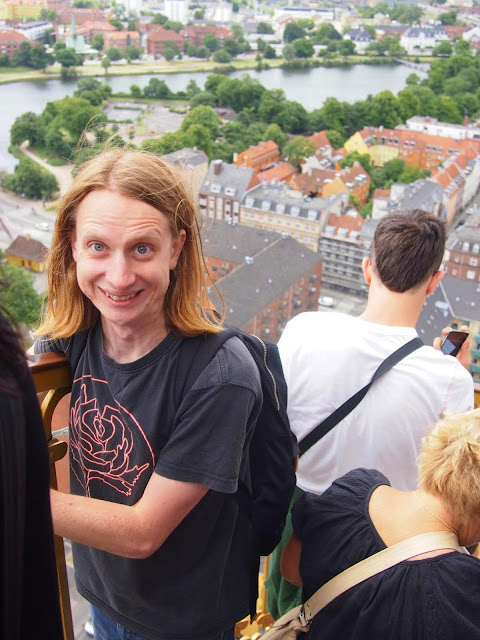 We also checked out the church itself. For me, the most impressive things were the elephants guarding the doors.

That may say more about me than the church though… 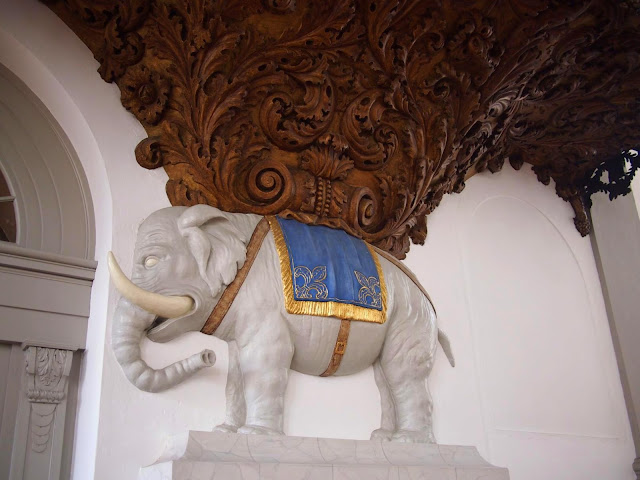 While we were clinging madly to the sides of the church spire, we momentarily co-clung with a fellow Australian- an artist who was visiting the city for a few months, and she happened to mention in detail the glory that was Christiania.

Which just happened to be our main sight for the sight-seeing of the day. 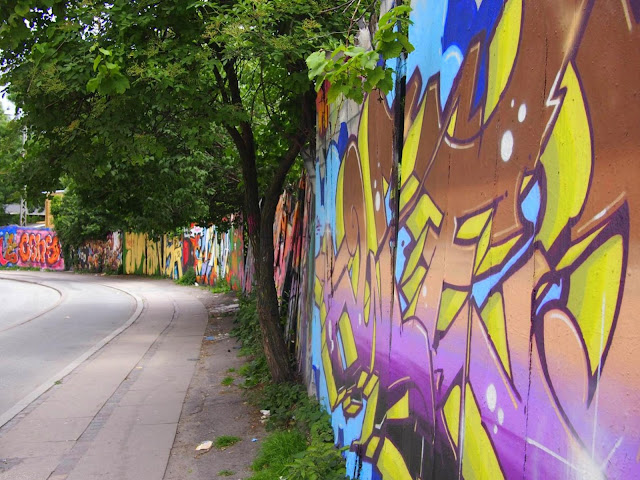 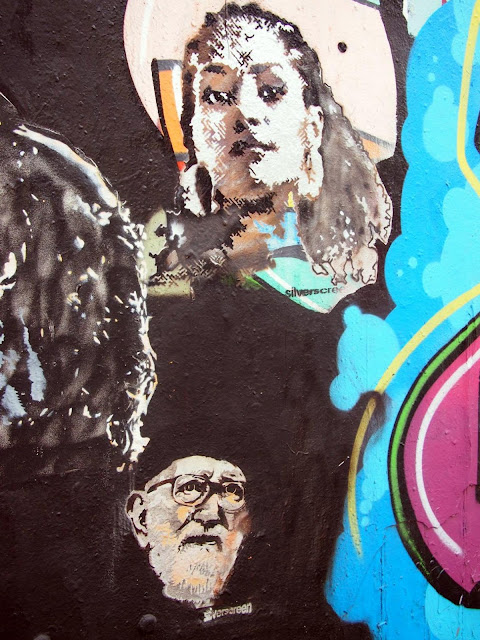 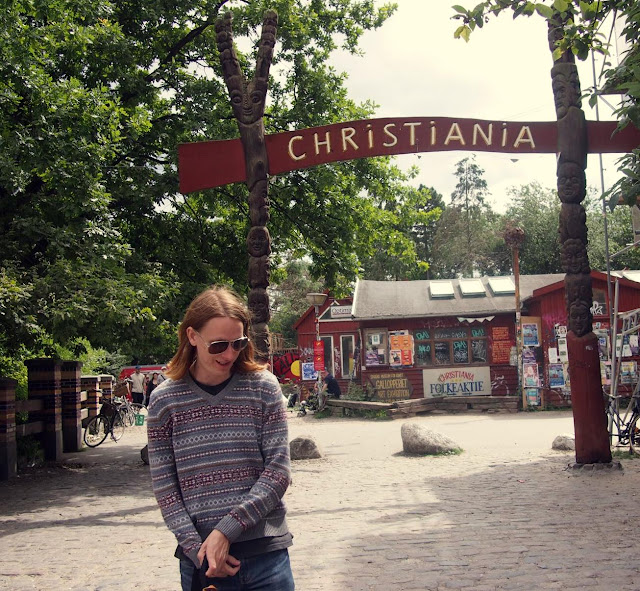 Christiania is basically a massive commune, occupying, according to Wiki, 34 Ha, and containing 850 residents. They’ve ‘separated themselves’ from the city, and have a certain ‘special status’ as far as some legal issues go, although the reality of what this means is apparently (still) being debated 40 plus years after its foundation.

And the reason law enters into it is that Christiania is very pro-marijuana. They’re anti- hard drugs, anti- violence and weapons, and fairly anti- ownership (of cars in particular). But if you go there, you go to see the ‘green light district’ where large piles of Cannabis, in all its incarnations, are displayed for sale.

Which is why I don’t have any photos. Marijuana being illegal in Copenhagen and all, the sellers are not so keen to have their photos taken. And like the Red-light district of Amsterdam, people who try to take photos in the Green light district apparently get their photos broken. 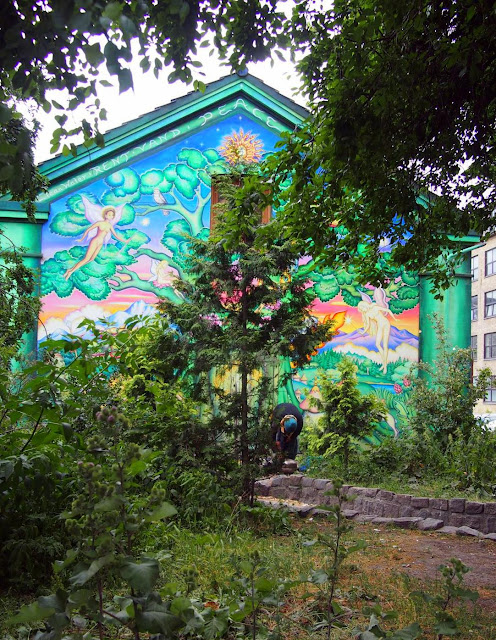 I’m going to be honest: I found the whole thing boring and tacky. Maybe if I was more into the drugs?
But it was just all a big capitalist tourist trap. They had deliberately kitsch ‘markets’, selling exactly the items you’d expect: Bob Marley hats, South American ‘alpaca’ sweaters, Tibetan prayer flags… and so on.
I found it totally boring that they had just stolen everyone else’s symbols in an attempt to be ‘totally spiritual man’.
I found it tacky that a commune that was supposed to be separating itself from the crap of society, was so clearly running on the cash of stupid rich tourists.
Although I guess in saying that I’m assuming that part of their mission is to be ‘above capitalism’, but really, from our visit we have little evidence of that. As Andy mentioned later, it would have been nice to see a museum of some sort- read about their mission statement, hear about their founding fathers. See if there was more to the town than it’s shiny, ugly exterior.
The surrounding houses were nice, in the way they had let the trees grow over and everything ‘run down’ a bit, but the rest… I could just as easily leave it. 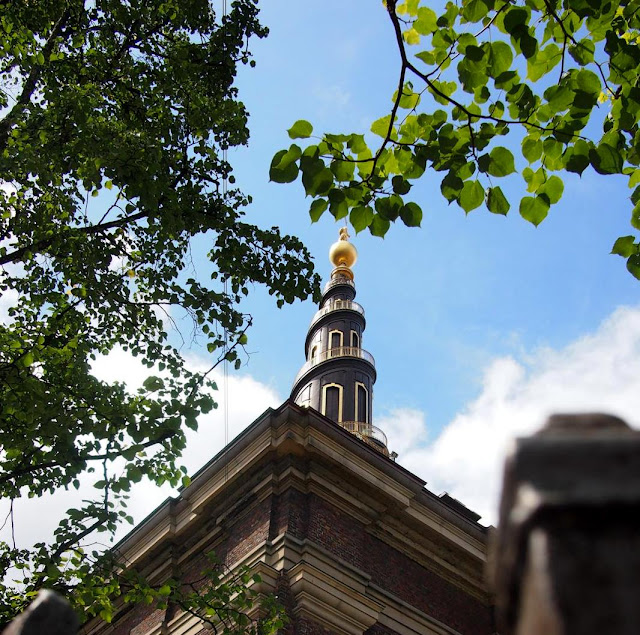 Which we did, partially because we had an ice-cream mission. 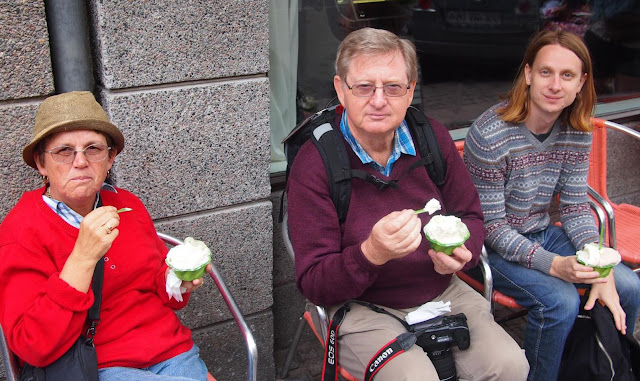 Our friend Joram had, very conveniently for us, been to Copenhagen just a few weeks before our visit, and being a man of fine taste, had marked out a few ‘must try’ places.

I went with my standard chocolate, plus the ‘butter milk’-ish flavour, which is apparently based on a Danish dessert, and a Sanddorn flavour, which I got because I had no idea exactly what Sanddorn was.

I’m still not exactly sure- but you should googleimage it just to check out the awesome berries these things make. 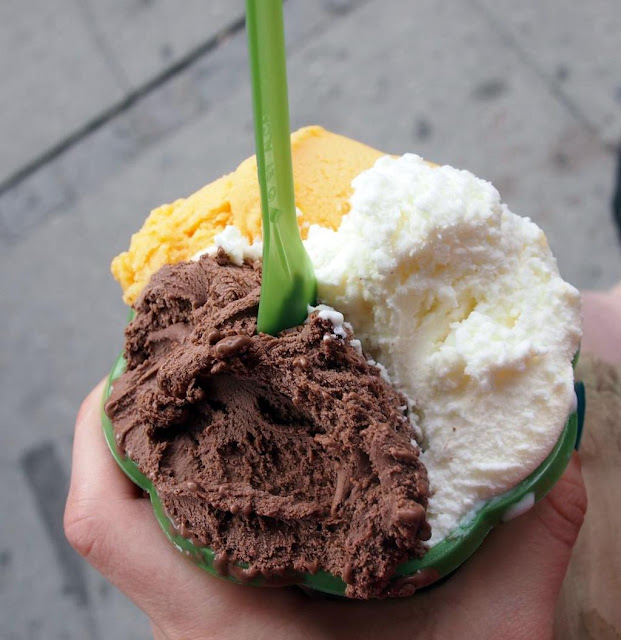 Next stop: Assistens Cemetery. The final resting place of Hans Christian Anderson (as if you didn’t know his name would pop up again sooner or later). Also of Neils Bohr, and a whole lot of other famous people who we didn’t know. 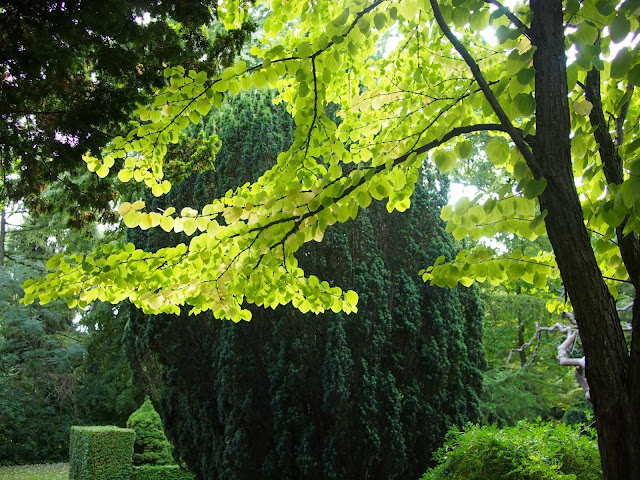 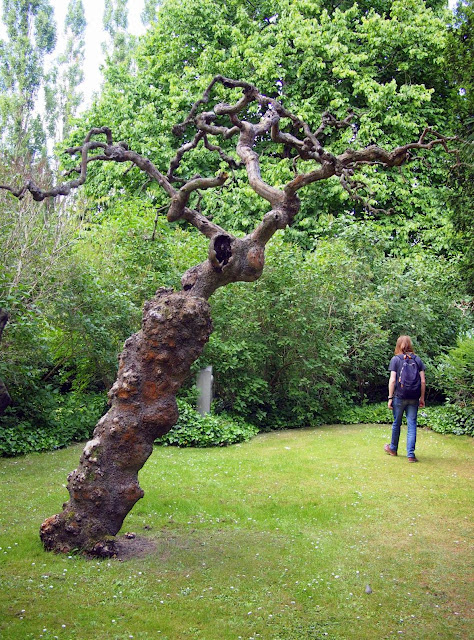 It was definitely a beautiful place- maybe not as ‘ethereal’ as the one we saw with Ashleigh, but still enough to think ‘hmm, I still would rather be charred and sprinkled, but I kinda get this whole in-the-ground-for-the-worms-to-eat thing’. 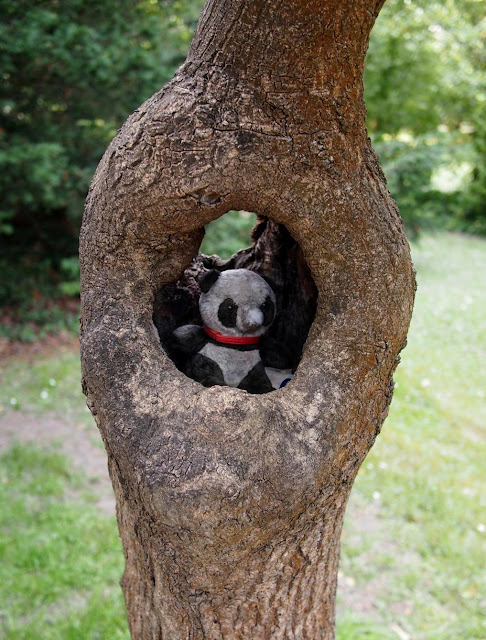 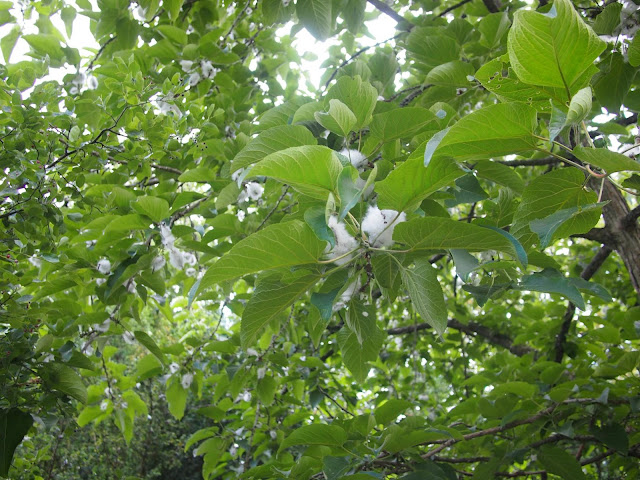 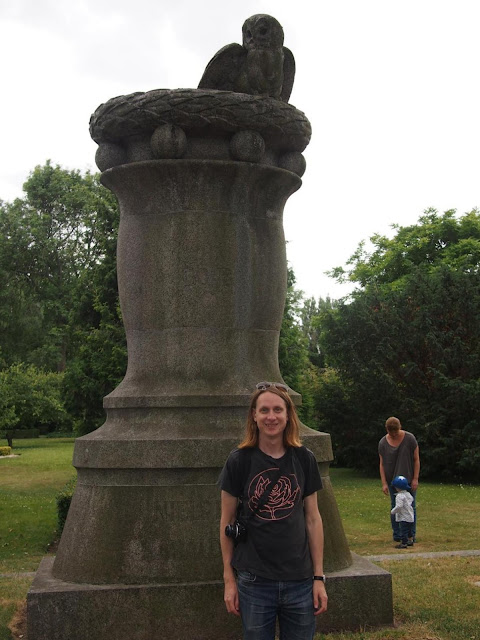 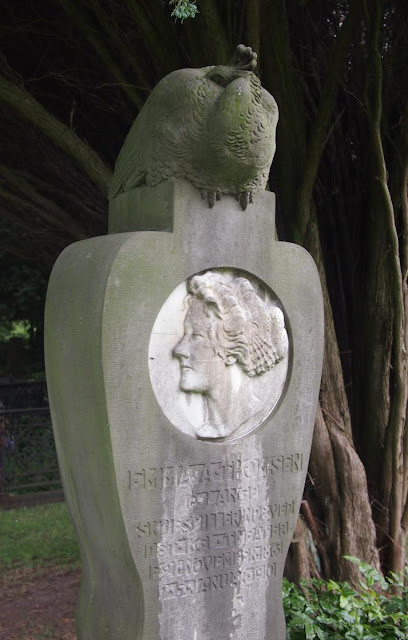 I seem to have stopped photographing at that point. We had a bit more of a walk around the studenty area of Copenhagen (Norrebro)- which turned out to have many op shops and many interesting looking stores.
Of course, with the exception of one (which I ducked into and came out of with a hat), all of them were closed for the day by the time we arrived. So we’ll have to go back to Copenhagen for a shopping spree. Actually, Norrebro seemed to be a very interesting area- Joram described it as Kreuzberg-ish, and I regret that we didn’t get to spend more time there, and really do think that we’ll have to make another visit.

I had to catch the plane home that night, so we had an early dinner at a burger bar, possibly brining my burger total up to three in the four days I spent in Copenhagen. (I miss good burgers. Germans don’t understand the concept of proper burger bun bread, and their beef is terrible! Someone post me a Missy Moo Blue Cow?).

After our weekend, I’m seriously shocked that more young Aussies don’t go to Copenhagen as part of their traditional ‘eurotripping’. I know Rome, Paris, London etc are more classic, but Copenhagen has ample culture (although I barely got a chance to dip my toes in), beautiful parks to visit, and seems to have lovely urban jungle areas that are just good for the wild roaming. The prices are a bit steep compared to the rest of Europe, but seem ultimately pretty comparable to Perth as far as food and short-term accommodation go.

Seriously- check it out! 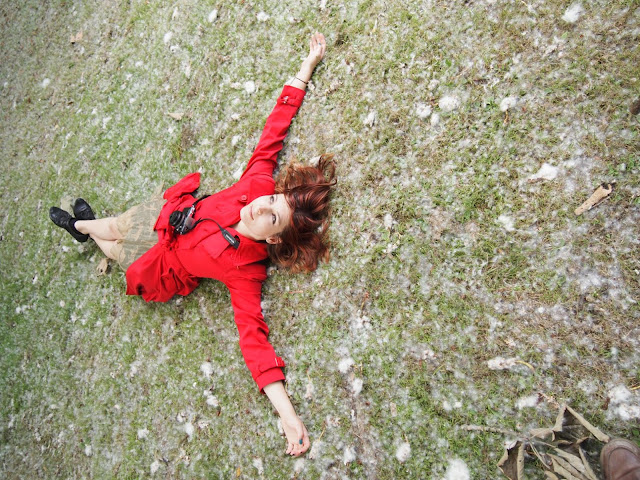